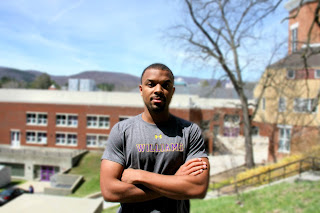 WILLIAMSTOWN - I had a chance to read through the final 75 page report of the Ad Hoc Committee on Inquiry and Inclusion. Here's my take on what we will now refer to as The Sawicki Report.

The most positive thing about the report is it illustrates the vast majority of students and alumni don't like it when the school bans speakers. Most significantly, the report indicates hosting a speaker does not imply the school endorses the speaker's positions. These findings support the interpretation that the vast majority of us do not buy the most important arguments for banning speakers.

In general, the report confirms what many of us active in off-campus social media - including Zachary Wood '18 - have been saying and complaining about regarding Adam Falk's decision to ban John Derbyshire.

On the downside, the report does nothing to reverse viewpoint discrimination.

The report mentions, then thoroughly ignores, complaints that conservative views are absent on campus and that conservative students and faculty are fearful of speaking up. There is no sense of historical or political context either. It doesn't seem to grasp the way dis-invitations have been solely focused on harming conservative speakers whose ideas interfere with the college's institutional commitment to identity politics, feminism and critical race theory.

To interpret the report's conclusions, it is important to understand the perspective of Sigal Ben-Porath, specifically her reasons for rejecting the Chicago Principles. In her view, freedom of speech is too often a tool used by conservatives. She disdains an absolutist view of free speech. She believes free speech has a tendency to silence minority students. Her philosophy helps explain why so much of the Sawicki Report stresses systems that give minority students the opportunity to process what they hear from outside speakers. Empirically, of course, Ben-Porath is off-the-charts wrong.

As Michael Poliakoff has observed, Ben-Porath's own principles have not worked out very well on her own University of Pennsylvania campus. As you may remember, the University of Pennsylvania Law School went after professor Amy Wax for the crime of promoting bourgeois values and questioning the usefulness of affirmative action. Ultimately, Ben-Porath's argument leaves you with a situation in which the administration still ends up choosing which speech will be privileged and which will be shut down.

Consequently, I don't see The Sawicki Report recommending a reversal of Falk's regrettable Derbyshire decision. If anything, it affirms Falk's views by making clear the administration still has the right to ban speakers. In this sense, their recommendations fall far short of the clear, decisive, and easy-to-understand Chicago principles.

On the topic of clarity, the report reminds me of Maud Mandel's earlier response to the CARE Now students. This is because it includes a long, encyclopedic recitation of existing policies which is designed to assure the reader everything is okay if only we are up-to-speed on the relevant on-campus literature.

In other words, pay attention to what we say and not what we do.

Instead of a pithy Chicago-style statement, we are left with a wordy, difficult to digest, mash up of unclear and unspecified recommendations designed to make it look like everyone has won.

The greatest ire developed by the Ad Hoc Committee on Inquiry and Inclusion is focused those over which it has the least control, the off-campus folks following and commenting on Williams College through social media. On the penultimate page of their report, the committee bares its fangs:


We must also recognize that speaker invitations (and disinvitations) are not the primary threat to inquiry and inclusion. Today’s intellectual discourse has been tainted by the rise of intolerant forms of expression and its proliferation on social media. While this can occur deliberately, it can also arise from (and further encourage) bad habits characterized by impatience, intimidation, and other deleterious forms of speech and thought.  Here too, we can look to the Mission Statement, which cautions "...against the growing culture of simplification, where intricate issues are boiled down into fiercely held 'positions,' where counter-arguments are seen as irritating distractions from clarity, where 'points' have more power and visibility than the thinking that produced them.
We recommend that working against this culture be a focus of continued conversation and study, in particular to explore how the College can support students, faculty, and staff in the presence of internet discourse that can be used to harass, threaten, or demean individuals or otherwise disrupt the functioning of the College and its educational goals.

Essentially, The Sawicki Report closes with the observation it was given the wrong mission. Its real focus should have been on discovering ways to shut up contributors at Ephblog, Breitbart, Canary Mission, FIRE, First Things, The College Fix, College Reform, Mind the Campus, The Volokh Conspiracy, The Tablet, and Legal Insurrection and others who have been most active in protecting the rights, freedom and safety of politically non-compliant and ideologically persecuted students and faculty.

As I read the report, it is telling stakeholders there are no real problems with free speech at Williams, the administration should still be free to limit conservative speakers to appease campus activists, and the school's worst venom should be targeted at its off-site enemies, the social media activists and reporters who are holding the college accountable.

I noticed all the folks giving out career advice to young people. I thought it might be interesting to see what advice might come from Elizabeth Holmes. As you may know, Holmes was at at 31, the youngest self-made female billionaire in the world. Here's the advice she gave to Cindi Leive of Glamour.

Holmes' actual life goal is not simply to make more money; it's to change our entire view of health care.


I was very blessed to grow up in an environment in which I was encouraged to believe that there was nothing I couldn't do. For example, when I was about seven years old, I began designing a time machine, and I had very detailed "engineering drawings." And I'd show them to my parents, and they [would say], "Of course. How's the development going?"

If they say no to me a thousand times, I'm gonna keep on trying for the next thousand.

When you find what you love, you do it. That's it.

My parents were wonderfully supportive. They let me take the money they'd saved their whole lives for me to go to college and put it into this business. But the doubters make you stronger.... You have to think about—if you didn't have to worry about making money or taking care of people, what is it that you love so much that, even if you got fired from that job over and over again, you would keep doing it? Then go follow that, because that's your path.

On who to hire... You're looking for the ones who say, "This is what I've wanted to do my whole life.