Giving At Home: A Look at the Donald J. Trump Foundation

As a grant writing consultant, I have access to the most powerful tools available for studying foundation
giving to non-profit organizations. I thought it might be fun to see what I can learn about Republican front-runner Donald J. Trump by reviewing the work of his own Donald J. Trump Foundation. 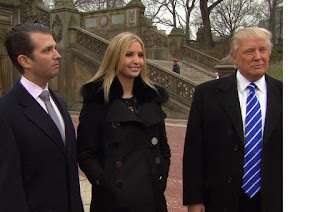 According to the folks at Foundation Search, the Donald J. Trump Foundation was granted charitable status in April, 1988 and is located in Woodbury, New York.

The foundation's major donor(s) is reported as: Donald J. Trump.

Further details for this foundation are as follows:
Classified as a(n) private foundation with Employer Identification Number (EIN) 133404773.
Ranked 4,133 in the FoundationSearch Top Foundations by Assets for the state of New York.

This foundation makes its grants principally in New York, NY.

The following directors and officers served on the foundations board in the most recent reporting year.

Surprisingly, the foundation offers now no compensation for officers directors or trustees. It also has no investments.