Republican Scott Brown's victory in MA is especially gratifying to me because I was once a resident of Massachusetts and active in Republican party politics.

As you may know, I was a young assistant professor at Williams College in MA between 1986 and 1989. While I was there, Williams College had the reputation of being the number one liberal arts college in the nation according to U.S. News & World Report. 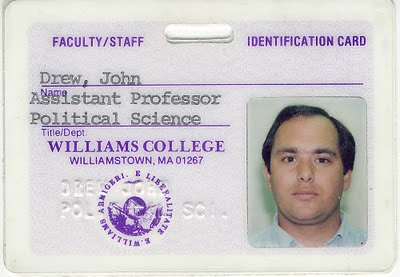 As  an assistant professor, I was only one of three registered Republicans on the faculty. While I was there, I was friendly with two of the socialist professors who shaped the early intellectual life of Barack Obama while he was at Occidental College in Los Angeles - Professors Roger Boesche and Carlos Egan. I had known both Boesche and Egan when they were political science professors at Occidental College, my undergraduate institution.

Personally, I witnessed the damage caused by affirmative action face-to-face as objectively more qualified white faculty candidates were discriminated against in favor of African-Americans without comparable publication or research records. I complained about this injustice at the time...stressing the idea that affirmative action took away the honor of being a Williams College professor. 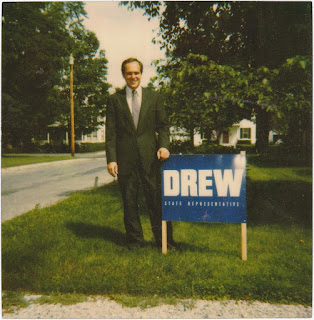 My own credentials were somewhat spectacular since I was the winner of the William Anderson Award from the American Political Science Association in 1989. My doctoral dissertation chair, Ronald King, still lists my award on his webpage in the teaching and advising section. My dissertation was later published, almost exactly as I wrote it, as part of an edited volume by Howard Gensler, The American Welfare System: Origins, Structure and Effects. If you follow this link above you can actually read excerpts of my work for free.

All in all, I'm so pleased to see Scott Brown elected as MA's next U.S. Senator. If the Democrat party liberals who ran Williams College had been more kind to me, then they might have had someone on the faculty who could have predicted the forces which lead to Brown's upset victory over Martha Coakley. Instead, it looks like liberal Democrats in Massachusetts (and elsewhere) were shocked and surprised by this result. It's sad that being the right sex, color and political ideology is now so much more important to college administrators and faculty than being able to explain and predict the political future.

One of my favorite professors was a black, conservative man who used to be a prof at Harvard ( I think, it's been a while, but it was one of those Ivy League Ivory towers). He left there to teach in a community college in FL because of all the nonsense he had to put up with. Even there, he was harassed by students, faculty and administration for his conservative views and the fact that he taught them in his classroom. He was one of the biggest influences on my decisions to go back to school and pursue a degree that would allow me to be a voice of reason on a college campus. Since then, I've had the opportunity to work extensively on a Republican presidential campaign and now on a Senate primary race. As a political science student in my 40s, I had professors that were younger than me and, for that reason, they were respectful when they ridiculed my views, at least.
I say all that to say this. It's nice to know there are more of us out there. We need to work to restore our government to what the Founder's had in mind, but we need to remember that one of the main ways to do that is to take back our college campuses. The liberals (mostly draft-dodgers in the 60s) knew that was how to promote their cause. We need to take a page out fo their playbook.

Would love to talk with you about your time at Williams. dave @ kanecap dot com.

Does Mr. Drew know where obama was born? If he was such a close associate, that is one of the first things he would want to know. If Mr. Drew wants to go down in history bigger than anybody else, he will tell us where obama was born. How about it, Mr. Drew? What do you know?

Professor Drew, I read your piece on President Barry, and when I saw your credentials --- I was a senior Political Science major at Hampden-Sydney in 85/86 --- and wonder if you happen to remember my childhood friend John Malcolm, who graduated from Williams? I understand he was quite active in radical politics there.

Obama was born in Hawaii.

How do you stop him from destroying this country?