Big on Quora: Do You Know Any Pro-Trump Comedian?

Clearly, the best of the best is Evan Sayet. He is a former writer for Bill Maher's Politically Incorrect. Evan was born in New York and went to school in Rochester, New York. He moved to Hollywood to pursue a career as a stand-up comedian, television writer, and eventually video producer. However, post 9-11, he rethought his political and social beliefs and became a conservative. In this video, you see him at his funniest.

He’s a genius. Sayet is at his best when he tears into liberals who get into to liberal professions, all of which require they "do nothing". Sayet asks: “Why does the liberal flock to academia? Because "the academic doesn't do anything."
"The job of the academic," Sayet says, "Is for someone who doesn't do anything to lecture to children, who don't do anything, about the people who do things and did things, and the things that they did and they do."
The situation, according to Sayet is evident in Hollywood too. "The job of the actor is to pretend to be doing things," Sayet says, " The actor is all talk, but no action, which is interesting, because in order to get the actor to start talking, the director yells 'action', but the second there's any action, they send the actor to his trailer to talk with his entourage and they bring in the stuntman." Sayet then pointed out that stuntmen are overwhelmingly conservative in Hollywood, because they work in a job that requires them to do something.”
Evan has become the nation’s leading conservative, political comedian, an in-demand Master of Ceremony for Republican and conservative events. Evan Sayet also has a serious side that is worth listening to. He is the author of The KinderGarden Eden: How the Modern Liberal Thinks.
Probably his most famous contribution to our politics was his speech to the Heritage Foundation.


It is so good that Andrew Breitbart said Sayet’s Heritage Foundation Speech was ‘one of the five most important conservative speeches ever given.’
John C. Drew, Ph.D. is an award-winning political scientist.
- July 14, 2018 No comments:

Big on Quora: Why Would a Middle-Class, Blue Collar Union Member Vote Republican?

A lot of this is due to the failure of Communism and the collapse of the USSR. However, I think that there is more we need to understand. 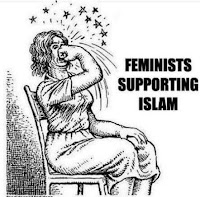 In my view, I think we are now voting for our tribes and not our ideology. The Democrat party has built itself up on an approach that vilifies whites and especially white men. If you are a white guy, then you have received clear signals that there is no place for you in the modern Democrat party even though you are a middle-class, blue collar union member type of voter.
The Democrats cemented their anti-white positions into place with their new focus on white privilege. One of the benefits of white privilege ideology is that it can be used to justify racial discrimination against whites through various affirmative action programs, minority set-asides, and reduced emphasis on the skills and tests on which whites outperform non-whites, particularly Latinos and blacks.
If you are a a middle-class, blue collar union member type of voter, then you know full well that the ideology that unifies the Democrat party will be used to harm you and especially your young children or grandchildren. The Democrats, in a sense, have forced whites to participate in the arena of identity politics.
Accordingly, we can expect whites to double down on their support for efforts that will preserve their tribe as the dominant racial group in the nation. These efforts include restrictions on non-white immigration, complete moratoriums on immigration in general, and the phasing out of pro-minority policies including affirmative action and special preferences for non-white students in college and university applications.
In addition to the tribalism argument, I think it is also fair to observe that the Democrat party is moving very far to the left, so far that it is coming to emphasize socialism as an issue to attract minority and younger voters. In this regard, a middle-class, blue collar union member type of voter may very well be voting in their own economic interest by opposing anything which would lead the U.S. into becoming a more socialist country. For these savvy voters, the are making the correct choice for themselves and their families by voting against candidates who might turn the U.S. into another Cuba or Venezuela.

Big on Quora: What Sites Do Conservatives Use for Fact Checking? 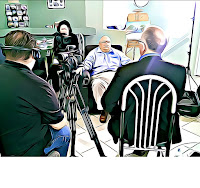 Whenever there is a hot issue, I naturally go to the main websites where I find knowledgeable conservatives offering objective information.
First, I go to Power Line. This is a website that is largely run by conservative, commonsense attorneys. It is particularly helpful in understanding constitutional issues like whether or not Trump has absolute power regarding whether or not illegal immigrants should even be allowed to stay in t he country.
Next, I recommend  http://www.AmericanThinker.com This site includes a number of Harvard trained, Ivy league analysts, former CIA agents, and business school types who offer profoundly insightful, politically incorrect articles focused on the most important issues of the day including Jack Cashill and Thomas Lipson, the editor.
I also usually turn to Breitbart News Network. I have friends who write for them and they are serious journalists who I can count on to provide accurate information.
I’m also very interested in the free speech movement on college campuses. Accordingly, I spend time at The College Fix and Campus Reform to learn about the excesses of our leftist college and university professors. Although I’m retired from politics, you can also find useful and truthful information regarding Barack Obama at my blogsite, Anonymous Political Scientist.