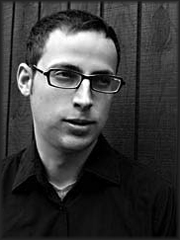 As a student of charismatic leadership, I'm usually skeptical about the so-called "prodigies" so admired by the leftwing media outlets like the New York Times.  Consequently, I like to think that I was the political scientist who first got under Nate Silver's skin in terms of pulling apart his arrogant predictions of electoral results based on last minute polling data.  I suggested that it really wasn't very interesting to predict elections results from polling data since all we were doing was assuming that the voters would not do much to change their minds between now and the upcoming election. Silver, by the way, rose to fame as a predictor of baseball outcomes.

Nevertheless, young guys like Nate Silver and Ezra Klein have been elevated by the liberal media because of their style of writing has a sort of pseudo-science quality about it which - I suppose - is the only plausible justification for having a young white guy writing for a liberal, extremist entity.  When you look into their credentials, for example, there is not to much to be impressed by their records.  Klien only earned a B.A. in political science at University of California - Irvine.  In 2000, Silver graduated with Honors with an A.B. degree in economics from the University of Chicago. Only in the crazy world of leftwing journalism is either one considered an expert.

As far as I'm concerned both of them are still undergraduates when it comes to understanding politics, economics or sociology.  As such, I enjoy poking holes in their pretentious, arrogant takes on contemporary politics.  As a political scientist and an eyewitness to young Obama's ideological extremism, I'm particularly irritated that folks like Silver and Klein do not seem to appreciate what is obvious to most of us: Obama's extraordinary ties to radical Marxist socialist thought.

As part of my larger effort to bring these "prodigies" to Earth, I left a comment for Silver months ago that pointed out that political scientists could predict presidential elections far in advance simply by looking at variables like the economy or the success or failure of a war.  In reaction to my critique, Silver has launched a full scale attack against the very idea of political science and the usefulness of making predictions far in advance.  In one of his most recent articles, for example, the title of his article makes the absurd claim that political scient models based on ‘fundamentals’ have "failed" at predicting presidential elections.  This headline, of course, is absurd when you consider, as John Sides writes:

Of the 58 separate predictions that Nate tabulates, 85 percent of them correctly identified the winner — even though most forecasts were made two months or more before the election and even though few of these forecasts actually incorporated trial heat polls from the campaign.

Sides, by the way, is a political scientist who uses these forecasting models himself and sees them as ways of testing overall theory. The larger issue, for me, is that Silver's comments reflect the odd anti-intellectual bias of the left-wing media.  As far as I can tell, the most interesting, powerful and predictive work in political science is coming from conservatives like the late James Q. Wilson or Charles Murray.  Personally, I'm sort of proud that my modest contribution to political science - my child labor, child welfare theory - does such a great job of predicting when and where child welfare programs arose in the U.S. and around the world.

All in all, I'm skeptical of guys like Silver who exaggerate their skill sets to the extent that they imagine that their comments "sit at the intersection of political science and the mainstream media." As an award-winning political scientist, I think common sense alone suggests that a fellow writing for the NYT would be anxious to look for anything to back up his fellow liberals' hope that the horrible "Obama economy" will not cause Obama's defeat in 2012. As a real, published political scientist I have the following comments:

1. A Real Political Scientist Doesn't Play Games with the Dependent Variable: It is silly for him to change the dependent variable to one that the authors of these models don't hold to simply because Silver says, "I’ve always found this choice to be counterintuitive." Silver's bizarre new dependent variable, however, helps him make his case because, as he writes, this choice "increases the error rate of the models so that they are about twice as large."

2. A Real Political Scientist Pays Attention to The Comparative Political Science Literature: If the connection between the economy and election results was as tenuous as Silver suggests, then the comparative date should support Silver's thesis.

3. A Real Political Scientist Understands that the Data is the Variable: In truth, there are no special, unmeasurable things when it comes to political science.  In the end, the data says what the data says. The bottom line is that the economy matters a great deal when it comes to predicting presidential election because of what we know about voters, not what we know about linear regression models. This is bad news for Obama and his supporters.  Those of us who really understand economics and politics predicted as early as January 2009 that the stimulus package would fail, that the economy would remain poor longer than Obama expected, and that this would doom his chances for a second term.  Thankfully, one of the benefits of age is that you get better at political science, not worse.

Being a prodigy is great, but - in the end - there is no substitute for long years of specialized study in your field of expertise.

Dr. Drew Speaks Out at SOC912: Obama's Past More Important Than His Future

As you may know, my take on young Obama's ideological extremism has appeared in at least four books including Stanley Kurtz's meticulously researched Radical-In-Chief: Barack Obama and the Untold Story of American Socialism. I've even been featured on the Fox News website. Nevertheless, I have never been on television with my story.  I've been featured in radio shows by Michael Savage and Neal Boortz, but I have not been able to penetrate the slightest edges of the mainstream video. As you will see in the following videos, it may be I'm not ready for prime time.


In a set of new YouTube videos, Mike Munzing has recorded one of my most complete, and lengthy talks on my intellectual path, my first impressions of the young Obama, my debate with Obama on Marxist theory and contemporary politics, and my take on the mysteries of the Obama biography.

I think my main point is that Stanley Kurtz got my part of the narrative exactly right. As Kurtz points out, on pages 9-10 of his book, my take on Obama's Marxist socialist ideology was first published by NewsMax in February 2010. Later, my perspective was validated by a liberal author, David Remnick, who reported that Obama and many of his closest friends at Occidental College were socialists. Accordingly, in these new video tapes I articulate my views on the young Marxist-Leninist friends of Barack Obama including his sophomore year roommate Hasan Chandoo and my ex-girlfriend, Caroline Boss, who was the co-president of the Democrat Socialist Alliance at Occidental in 1980/1981. I'm still amazed that my testimony has not been featured on a television program.


At any rate, the second video in this series contains my controversial, politically incorrect first impression of young Obama and his friend Hasan Chandoo.  All in all, I think my take is original and refreshing compared to accounts in almost all the other early Obama literature.  (I've been reading these book as part of my effort to better understand how Obama fooled so many people into thinking he was always a pragmatic centrist.) While Kurtz's account is the most detailed and supported work on young Obama to date, I don't think liberals really appreciate the quality of Kurtz's account or what Jeffrey Hurt calls Obama's deep dishonesty. I think liberals are too quick to ignore voices like mine concerning the young Obama's ideological perspective.


Nevertheless, there is still very little media attention focused on Obama's long-standing ties to ideological extremists.  To remedy this, my good friend Mike Munzing videotaped my recent speech to the South Orange County 9-12 Group.  There are four videos in total.  I'm expecting that they will be useful to opposition researchers seeking to understand the reality of Obama's Marxist socialist roots. I'm particularly encouraged by the third video which discusses how I got out of my Marxist socialist ideology and ask where is Obama's conversion story?

I thought it got better as I made my way through the speech.  Check out the question and answer period for some of the most crowd pleasing moments.

One of the most interesting things about the evening is that Orly Taitz was in the audience.  You can hear her question in the question and answer portion of the YouTube video. Meanwhile, I can report that Investors Business Daily is aware of my face-to-face testimony on the young Barack Obama - I expect it will make a difference in 2012.