Reaction to State of the "Fooling You" Address

Obama was wrong to trace the growth of high schools to "industrialization." This is exactly the hypothesis that I've been able to demonstrate makes no sense. (I've demonstrated that child welfare programs, for example, arose out of prior efforts to enforce child labor laws.) From that comment alone, I can see that Obama is just in over his head and he's locked in a foolish Marxist socialist model of reality that is outmoded and wrong.

There were a lot of Marxist themes in this speech including the attacks on executives, the encouragment of spreading the wealth around, and the idea that America's historical progress was due to government initiatives. I don't think he's going to back off raising taxes, taxes that will increase the size of the government sector and - ultimately - cost all of us more money.

If anything, I'm more frightened than ever for the future of our country after listening to this speech.
- February 24, 2009 1 comment:

Email ThisBlogThis!Share to TwitterShare to FacebookShare to Pinterest
Labels: Obama

As a political scientist, I think Obama would have been stopped if the information about Rev. Wright had come out two or three weeks earlier.


I think it is an interesting research question to ask why didn't Republican staff get and use this information in a timely fashion? As I understand it, Rev. Wright's racist anti-American comments were not hard to find. They were being sold on a CD in his church's bookstore.

My theory is that Republicans do not have enough journalists on their side. Republicans, who value business success, have a culture which does not encourage young people to become journalists. Republican political culture, after all, doesn't encourage politics as a career either.

Republicans are at a great disadvantage because they do not have teams of volunteer reporters following up on tips. Remember the case of Dan Rather. One of his producers, Mary Mapes, thought she had documents damaging to President Bush's campaign. So she leaked this information to Joe Lockhart, a senior official in the John Kerry campaign. Mapes even offered to put her source, Bill Burkett, in touch with Lockhart.

Normally, we think of our biased media as simply twisting the story about Republican ideas and policies. We usually don't take into account the enormous resource these reporters provide to Democrat party campaigns...especially in terms of opposition research.

Even now, I think it is surprising that Sen. John Edwards managed to endorse Barack Obama before the news of his affair reached the general public. He was cheating on a wife with cancer who was covering up for him.

A balanced two-party system means that Republicans will need to invest extra resources in maintaining its own eyes and ears. I'd expect the Republicans to invest additional resources in efforts to make sure that who ever first discovers the bad news about the next Obama administration scandal knows who to call to get this information to the party officials, candidates, and appropriate news sources. Until then, Republicans will be in a disadvantaged situation caused - in part - by the pro-entreprenuerial values they hold dear.
- February 21, 2009 No comments: 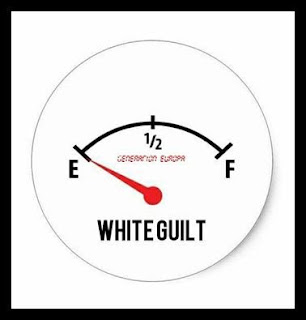 New ideas are actually dangerous for Republican success. It is much better for us to fall back on
proven ideas that have been tested by time. I think life is too short to be the philosopher who creates winning ideas and the bright person who puts these ideas into action. Although these ideas are timeless, they can still be fresh and useful if we demonstrate how they apply to contemporary circumstances. Here's a couple of the best ideas I can offer:

1. Break Big Bills Into Smaller Bills: The huge HR1 was so big it was impossible for voters to hold members of Congress responsible for their decisions. Accordingly, one ideal approach for Republicans is to be the party that "restores the power of Congress" by seeking to create and enforce rules that prevent future omnibus legislation. This tool would also improve the accountability of the President too, since it would be possible to understand what he or she is signing into law or subjecting to veto.

2. If Affirmative Action Isn't Wrong...Then Nothing is Wrong: Affirmative action has been a disaster on a number of fronts. It reduced the self-confidence and worth of the people who benefit from it. It causes under-prepared students to fail when they might do better in a different environment. It creates hostility and anger that - in my experience - never really goes away. To suggest that people just get over affirmative action is part of the myth used to defend this unjust policy. The question I like is why should an asian be disadvantaged compared to a latino because of what a white person's ancestor did to a black person's ancestor?

3. Pain is Good: It is physically impossible for a social system to survive without the harsh lessons taught by reality. In this sense, Republicans can be the party that says that pain is a good thing when it motivates a drug addict or an alcoholic to make changes in their lives. The threat of pain does more than any feel good program to bring human behavior into line with positive mutual outcomes. This means that we should not get in the way of the natural and instructive pain (and shame) caused by carelessness, business failures, teen pregnancy, unemployment, alcoholism, and drug use. Pain protects us from even worse outcomes and Republicans should be embracing it as a secret of national and international success. A pain-free society will naturally become a failed society.
- February 19, 2009 13 comments:

The news this morning is that President Barack Obama's popularity with the American people is in decline. In large measure, this is simply a normal occurance. It is impossible for newly elected Presidents to maintain their initial popularity. As they make decisions they will disappoint people. As they endure in office, the allure of their earlier promises turns into the grim realization that they have not been able to produce the changes they promised. This is why the first 100 days are so critical to understanding the office. After about 100 days, it will become increasingly difficult for President Obama to get much accomplished from his perspective.

Still, the speed with which a President loses popularity is an important thing to watch, in my view. Here, Obama's inexperience and prior toleration of corruption harmed his chances of making the most of his Presidency. He blundered through the transition period, in part, because of his links to Gov. Blagojevich. As was the case with his earlier relationship with Tony Rezko, Obama found it hard to minimize a relationship that was subject to FBI wiretaps. Next, his defiant support of Sen. Tom Daschle lost him valuable prestige and showed off a gangster side that probably surprised a lot of well-meaning Americans who were willing to give him an opportunity to show what he could do.
- February 19, 2009 No comments:

Email ThisBlogThis!Share to TwitterShare to FacebookShare to Pinterest
Labels: Polls

Geithner Gas - Not So Helpful

I think it is clear that Geithner shot himself in the foot when he said: “We’re not going to put out details until we can get it right.” Please…

Maybe vague generalities work in Chicago when your closest allies are Tony Rezko and Gov. Blagojevich…but now Obama is in the big leagues and he needs to get up to speed on the details of this plan.
- February 11, 2009 No comments:

Email ThisBlogThis!Share to TwitterShare to FacebookShare to Pinterest
Labels: Geithner

Obama's first press conference was a disaster. He went on too long after the first question and seemed too anxious to make his own argument instead of dealing directly with legitimate questions. He also looked uncomfortable calling out the names of the press members and did not seem to know where they were sitting. President Reagan did a better job with these little details.

I also found it annoying that Obama set up a fake model of conservative philosophy. Personally, I'm glad that automatic counter cyclical systems are in place that help the government move quickly to counter a recession - unemployment payments, food stamps, Temporary Assistance for Needy Families (TANF). To make it sound like conservatives want to see nothing at all happen is just silly from my perspective. A reduction in the payroll tax, for example, would have an immediate positive impact.

The main thing, for me, is that Obama bored me. I was switching channels by the middle of the press conference and I'm someone who cares deeply about U.S. politics and public policy. If I get bored...then there are real problems with Obama's delivery and responsiveness to the questions. Based on this performance, I guarantee fewer viewers will show up for the second press conference.
- February 11, 2009 No comments: