Hot Potato: Should I Try to Transfer from Williams College to Stanford?

I was a little surprised I created a stir on Quora by answering a question posed by an anonymous student at Williams College who asked whether or not it would be a good idea to bail out on Williams and hope for a transfer to Stanford University. I ended up getting a startling 19,100 views. The specific question was: "Should I try to transfer from Williams College to Stanford?" The same author posted the following additional comment: 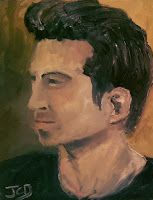 Maybe it isn’t really that I want to go to Stanford specifically, but that I feel like I don’t fit in at Williams (I would try to transfer to some other schools too). It’s only my first year, so I know it’s still early, but I feel like I’ve missed out on a lot of opportunity.

I applied ED to Williams, not thinking that I would get in. I wasn’t confident in my resume/applications, even though I did relatively well at a rigorous high school in Silicon Valley. Williams has so many opportunities for me as a student interested in medical school - I’m already sort of performing research in a lab, all my profs know me, and I did fine in my pre-med weeder courses first semester (3.87 GPA).

I don’t know whether it’s just feeling geographically isolated, but I also feel like the opportunities at Williams don’t really fit me. I like the idea of smaller class sizes, but the classes here are too small for me to feel comfortable in. The music department (which I am heavily involved in) pays too much attention to me as a freshman and I’m overwhelmed with how many groups I’ve been asked to play in. People are so liberal that I’m sometimes scared that I might say something inappropriate (even though I’m also liberal).

It probably seems like I’m complaining about everything that’s good about Williams, but I think I would honestly thrive more if classes were a bit bigger and there were more musicians to compete with.

I feel your pain. I never heard about Williams College until I got the invitation to interview there for a job as an assistant professor in the political science department. I didn’t know it was the top ranked school in the nation.

As a native Californian, nothing prepared me for life at a New England liberal arts college, and I quickly figured out that being there was a mistake. It was so cold and lonely when I arrived that I knew, almost immediately, that I had hit a dead end in my life.

I wish I would say that things got better there overtime, but they did not. In my experience, Williams College is just way too small and far too geographically isolated to be a good choice for your undergraduate education. If you have an opportunity to transfer to Stanford, I would take it in a heart beat.

From your anonymous comment, it appears that you are objective about the school’s strengths and weaknesses. I imagine that the question is whether or not things will get better if you stick around or if you should trust your gut feelings and bailout now.

I suppose the first thing I would recommend is that you should trust your gut instincts. Whether you fully appreciate it or not, Williams College is a very unusual place. Most recently, it was listed as one of the top ten worst schools in the U.S. for freedom of speech. A while back, it also made the list for the top ten druggiest schools in the nation.

The fact of the matter is that you are not the first person to think it was situated in a rotten part of the country. Many years ago, students and faculty who thought just like you bailed out on the school and founded Amherst College instead. The smallness of the school, which they spin as part of its success, coupled with the geographic isolation make it the sort of place where you do not have much anonymity or privacy.

In my experience, the campus leftists have a polarizing “you are with us or against us” attitude which, in the end, leaves pockets of undergraduates hating each others guts after four years of claustrophobic conflict. It doesn’t sound to me like you are bailing out because you are falling behind or failing in your classes.

I would close by saying that no one will judge you harshly for testing out Williams College and then finding out that it is too small, too cold, too myopic and too leftist for your tastes. In fact, it might mark you as a particularly insightful and objective person if you bail out as soon as possible. You will, after all, be in good company.

I ended up with a four year contract there and I left after three years myself. My college sweetheart lived near Stanford and I grew to really love that area even as that relationship died off. As I say, trust your instincts.