I checked out WebMD when I heard my friend Richard C. North had brain cancer. Basically, the article said that it brought death quickly and that his decline would be rapid and irreversible. It implied he would be worse off each time I saw him. Sadly, he only lasted about six months and died yesterday at 10:15 p.m. on August 26, 2017. He was 60.

I met Rick when I was in the seventh grade at Placerita Junior High School. I remember him mainly from the track team. We were both distance runners. In the ninth grade, he ended up beating me at the final championship event - after I had beat him in all the previous races - when he came from behind to pass both me and a seemingly invincible runner, Richard Armour, from another junior high.

We ran cross country and track in our sophomore and junior years at Hart High School. Rick quit track and cross country during his senior year to work in a gas station near his home. Nevertheless, he ended up more committed to distance running than me, competing in races all the way up until the last year of his life.

As I told Rick one of the last times I ever saw him, he was the older brother I never had. He was there when I had my first drink, my first distance bike ride, my first high school party, my first rock concert and kissed my first girl on a ride in Disneyland. My secret life as a teenager was inescapably richer because of his willingness to include me in new things that, at the time, seemed taboo, but nevertheless safe.

I lost track of him after high school. He ended up at California State University Northridge (CSUN) where he was deeply involved with a fraternity, a group of brothers that stayed active in his life right up until the end. He graduated from CSUN in 1980, took an M.A. from Pepperdine University in 1985 and then a doctorate in clinical psychology from Cambridge Graduate School of Psychology in 1991.

He was, by all accounts, a strong athlete and adventurer his entire life. According to a mutual friend, James Farely, Rick was a mountaineer and a marathon runner. Rick climbed Mt. Rainer which has a summit at 14,411 ft., completed the entire 210 mile John Muir trail a section at a time, and ran the Los Angeles and Santa Clarita Valley marathons. He also enjoyed travelling. Over the course of his life, he toured China, India, Israel, Turkey, Thailand, and all over Europe including Spain where he amazingly ran with bulls in Pamplona.

As I recall, Rick was also a leader of the Red Cross' disaster mental health team in the Santa Clarita Valley after the 1994 Northridge earthquake and continued with this service for over 20 years. (I think he would have been thrilled to be flying out to Houston, TX to help people recover psychologically from Hurricane Harvey.)

Rick was always in my life - one way or the other. He went out of his way to be my friend and to involve me in his activities including rock-climbing, cross country skiing, listening to Breakfast with the Beatles, or shopping for beer at Trader Joes. He could be irritable and occasionally stubborn and pedantic. Nevertheless, he was kind and quick to mend fences.

Professionally, he worked as a psychologist. This was ironic since he once told me he went into psychology without ever having been in therapy himself. Even so, some of my favorite moments with him were spent talking about the research he was doing for this doctoral dissertation or his observations regarding some of his most difficult and unusual patients. He was the first to introduce me to more sophisticated personality profiles which indicated whether the person was a healthy or unhealthy version of their profile.

I saw the impact of his therapeutic techniques myself after I climbed Mt. Shasta with him in 1990. As I recall, I made it up to 7,000 feet where the oxygen drops to about 10% of normal. Each step left me exhausted and winded and I ended up at Avalanche Gulch. The slope that day was icy and I was only on my second day with crampons and an ice ax. After what I now know was a panic attack, I was so afraid of slipping and falling down the slope that I felt paralyzed with fear. Rick told me to imagine that I was walking down the mountain into soft, warm sand. Even years later, I am grateful that I took his suggestion and that it worked well enough that I made it safely down the mountain. On that same trip, Rick made it all the way to the summit at 14,179 feet. At that altitude the oxygen is only 25% of what it would be at sea level.

After I got sober in 1993, the distance between us increased. The mountain climbing and hiking through the ice and snow got to be too expensive, time-consuming and unpredictably dangerous.

After I met my wife, Trish, I moved to Orange County and Rick and I saw each other seldom. Nevertheless, we stayed in touch through Christmas cards, lunches, e-mail. He was not so interested in Facebook or Twitter or politics. At a distance, I watched his son Stephen grow up. (Rick was the scoutmaster of of Stephen's troop 602.) I was proud of Rick when he and his wife Sonia bought a beautiful new home in Valencia right near CalArts. This is where we would run as teenagers and, in one instance, apologize to an angry driver for inexplicably tossing small stones at cars and trucks.

I would never have predicted that he would predecease me. His wife, Sonia, cannot remember a time when he missed work due to an illness. His father, Carl, cannot remember him ever being sick, even as a child.

Nevertheless, the information in WebMD was correct. He was worse each time I saw him. The first time I held his hand and told him I loved him. The second time, he seemed cheerful, but quiet. The third time we were at dinner with his fraternity friends and he did not remember that we had arrived in the same SUV. The next two times I saw him were at Kaiser Hospital in Panorama City where I could not communicate with him. The first time he was asleep and the second time he was completely unconscious.

I have only a small handful of old friends in my life. He is the first to die and I will miss him greatly. Richard C. North is survived by his wife Sonia and his son Stephen. He is also survived by his mother Diane and father Carl North and his brother Don North. 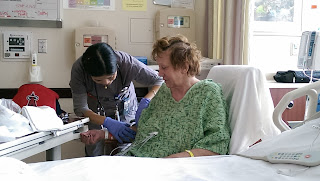 My wife and I had a very, very negative experience with Tina Louise Laine and would not recommend her.

Tina Laine bills herself as a social security disability insurance attorney. That may be the case, but I describe her more accurately as simply slow to return phone calls. As far as I could tell, she did not put much effort into my wife's case. (My wife has TBI and is unemployable. She isn't even allowed to drive right now.) Tina Laine met with us once, took our deposit check, and then had me get some medical information from my wife's doctors.
The forms Tina Laine gave me were copies of copies, which made for a sloppy and unprofessional presentation. I was embarrassed to hand such low quality forms to our doctors.
Her relatively minor effort to help us with our appeal ended in failure. In retrospect, I felt like I did most of the work myself which was mainly gathering together the pertinent documents. In my opinion, she did little to make a difference for us beyond adding these two sloppy forms to our application. In retrospect, the sloppiness of those forms may have been part of the reason we lost our appeal.

FYI: Her amateur, out-of-date, website gives you insight into the quality of her work. By the way, Tina Louise Laine passed the bar exam in 1986, see The State Bar of California. She graduated from a for-profit law school called Western State College of Law. According to Wikipedia, her alma mater failed to obtain accreditation from the American Bar Association in 1987.


As we appealed the appeal, she was dead wrong about when our new, administrative hearing would take place. It was only due to my efforts that we eventually learned from her that three judges had retired and that my wife's case would be dealt with next year and not this year. This was a total, unpleasant surprise that she did not inform us about until I called her to ask about the untimely delays.

Tina Louise Laine was also quite rude. She said that I did not tell her the truth about our issues with the IRS. (Due to my wife's unemployment and medical bills, we have fallen behind on our taxes.) Frankly, she never asked about them and never indicated that they were relevant. It was unprofessional for her say I was untruthful and that slip of the tongue cost her our business, loyalty and respect.
I have a well-deserved reputation for being straightforward and honest. She ended up dropping our case and threatening to keep our deposit, reminding me it was non-refundable.
As far as I'm concerned working with Tina Laine was an unpleasant chore that cost us a little money and a lot of time and left us with almost nothing of real value.

I am quite surprised to see a number of people praising her at Yelp.com. Only the negative on-line reviews reflects my experience. As one person wrote:


She lacks in professionalism and compassion.Very unorganized and critical. You walk out of her office asking yourself, "What just happened in there?" Honestly, she comes off as being only interested in money that she can make off your case and is rather RUTHLESS about it. Save yourself the self-image beating and go to another. After all, lawyers like this one are a dime a dozen.

Now that I have more knowledge, I think we are in a position to hire a less sloppy disability attorney or simply handle the matter ourselves. We have a letter from Coastline College that indicates my wife is now unemployable, the DMV will not let her drive a car. I don't see what the big deal is or why an attorney is even necessary at this point. Tina Laine tried to imply that there were mysterious legal details that would cause her to spend many hours on our case. She refused to even explain one of them so she did not earn my confidence in her abilities or her value. I wouldn't recommend her to anyone. When she accused me of not telling her the truth, I knew she was bad news and did not share our values.

As an interesting side note, I should point out that Tina Louise Laine is a failed Democrat party politician. She tried, unsuccessfully, to secure a seat in the U.S. Congress. She has a lot of Democrat party photos around her office which display her political interests and affiliations.