Four Star Plumbing Orange County: Lights On, No One Home


Four Star Plumbing Orange County just ripped me off for $165 dollars. They charged me for a service call that produced nothing of real value. Later, they sent me a bid e-mail that got the facts of our situation completely wrong even though they had sent out their own plumber, Angel, to assess our situation. I'm going to ask the property management lady who recommended Four Star Plumbing Orange County to us to see if she can help us get our money back. 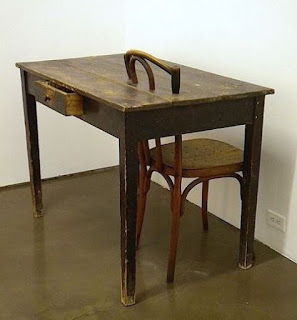 After we sent Kelli Frank, co-owner of Four Star Plumbing Orange County, photos of our issues and described our problems in a detailed e-mail she charged us $165.00 for the privilege of waiting around for two hours and then watching her plumber, Angel, inspect our kitchen and write out his notes for a bid.

What did I get for the $165.00? Angel looked under our sink and behind our refrigerator. He advised us to save money by buying our own disposer and faucet. He advised us to use another company to fix the angle stops. My wife and I watched him as he did some paperwork. He said that he could not do any work at all that day.

Angel could have done at least a little work for us for $165.00. For example, he could have taken out the old disposer.

Even worse, when I finally got a bid back from Four Star Plumbing Orange County it was as if Angel had never even visited our property. The bid made it sound as if the existing angle stops were embedded in dry wall (an extra charge to fix) and suggested we may need to install a refrigerator icemaker outlet box, this is that box between the wall studs that keeps the water valves out of the way yet accessible. This was bizarre. Angel had inspected behind our refrigerator and clearly saw we already had a refrigerator icemaker outlet box.

Even worse, the bid said that they would charge us $185.00 per hour and that the hours they spent on the project would go from any where from 4 to 8 hours, or $740.00 to $1,480.00. I'm not joking. I have all this in their dated e-mail. The wildly variable bid was due to the supposedly unknowable expenses surrounding the question of whether or not they would need to remove drywall or, I suppose, install a refrigerator icemaker outlet box, and tear out some drywall back there too.

I called Kelli up the next day to see if we could get a more detailed, precise bid.

Once I'm on the phone she explains to me that the e-mail containing their most recent, widely ranging bid, was created with the knowledge of Angel, another lady and Kelli. I pointed out, innocently enough, that their email bid didn't really show any signs of the benefits I imagined we would be receiving after paying Angel $165.00 to inspect our situation.

After all, there were no dry wall issues at all, and we already had a clearly visible recessed ice machine water supply box. At this point, Kelli reacted with surprising anger and didn't seem to even want me to have an opportunity to talk back. She seemed especially concerned that I was suggesting that she did not know her own internal procedures or business. She also suggested that my comments where somehow due to the fact that she was a female. (Trust me, if she recorded this conversation, then this is all on their audio tapes.)

I can see that from her perspective she wants to make sure she makes $165.00 every single time one of her Four Star Plumbing Orange County plumbers goes out into the field.

From my perspective, however, I think that is a huge rip-off. Frankly, if I thought there was a chance a guy would come out and charge me $165.00 and not even remove the old disposer, I would have said to forget it. I only paid Angel the $165.00 in the first place because I thought - erroneously - that this bill would be deducted from future work he performed for us. It is interesting to me that at least another person writing at their Yelp site - Jon C. - had a somewhat similar experience with Four Star Plumbing Orange County.

I feel cheated. I can't believe that they charged me $165.00 for an inspection and then produced a bid that was so negligent and sloppy that it failed to reveal that I already owned a refrigerator icemaker outlet box.

I will send Four Star Plumbing Orange County a formal letter asking for my money back since Angel didn't do any work at all and because the results of the inspection we paid for were not accurately incorporated in their later bid. I'll let you know how that works out.

Meanwhile, it would have been nice for Angel to let me know that it was probably a bad idea to work with Four Star Plumbing Orange County. After all, if they can't get three people together to create an accurate bid, one which reflects the facts of the situation, then what else is going wrong at their second generation, family-run plumbing business?

Hot On Quora: How Much Effect Does Affirmative Action Have on College Admissions? 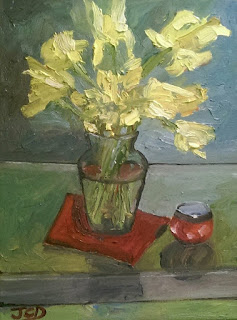 Affirmative action has a huge impact on a young person, especially if they are Asian. For example, a 2009 study found - at Harvard - that the average Asian American applicant needed a 1460 SAT score to be admitted, a white student with similar GPA and other qualifications only needed a 1320 SAT score, while blacks needed scores of only 1010 and Hispanics 1190.
No Longer Separate, Not Yet Equal
The situation has gotten so bad at Harvard that some of the rejected Asian students are suing them. They are arguing that Harvard is violating the latest U.S. Supreme Court standard which states that schools have to implement race-neutral techniques to achieve diversity before turning to racial classifications and preferences.
John C. Drew, Ph.D. is an award-winning political scientist.
- May 21, 2018 No comments:

Hot on Quora: Why do Marxists Get Upset When You Mention the Horrific Failure of 20th Century Communism?

As an ex-Marxist, I think it is fair to say that being a Marxist is more of a religion than a scientific pursuit. Although you can, with great effort, change a scientific consensus, it is almost impossible to change someone’s religious beliefs. This is particularly true when traditional contemporary religions are in decline. 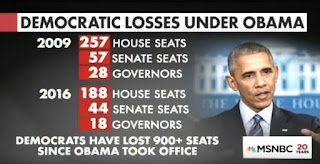 As a Marxist, you can enjoy all the freedom of being an atheist (sex, drugs, libertine attitudes) while at the same time enjoying the fellowship and group activities organized by your peers including the nearly constant planning sessions, anti-war protests, and pre-revolutionary activities of the day. The mix gives you a meaning to what is probably an already depressing, exceedingly shallow and unaccomplished life. For insight into the life of a young Marxist, please check out my article below.
Meeting Young Obama
The best part is that even though history has demonstrated the utter failure of Marxism as a philosophy, witness the hundreds of millions mass murdered by Communist regimes in the 20th Century, Marxists can pretend to themselves that these earlier regimes were “not really socialist.” The same is true of the horrifying modern examples of the failure of Communism in say Cuba, North Korea and Venezuela.
At any rate, when you confront Marxists with the evidence of their fecklessness they react negatively because you are, in effect, challenging their whole identity, their social group, their career choices and so on. You aren’t just knocking the ridiculousness of their untenable beliefs you’re knocking everything about them.
John C. Drew, Ph.D. is an award-winning political scientist.
- May 20, 2018 No comments:

Hot on Quora: What Was Barack Obama's GPA in College?

I met Barack Obama and got to know him while he was a student at Occidental College. My memories of young Obama have appeared in a number of historical books including David Garrow’s Rising Star: The Making of Barack Obama. This is a 1,460 page pre-presidential biography published by HarperCollins in May 2017. 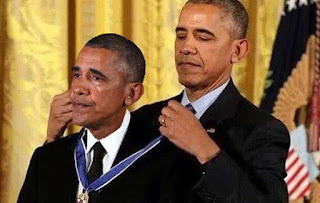 At the time I met the young Obama, I was a graduate student at Cornell University, doing my first work as a teaching assistant in political science. My sense of him at the time is that he was of average intelligence. I don’t remember him making any particularly insightful comments when we spoke. I think it is safe to say that he was most likely a solid B student.

To be fair, the Barack Obama I met in 1980–1981 was more interested in parties, cocaine and radical politics than his academic record. I think it is only common sense to assert that the only reason his Occidental College GPA has not been released is that it would have been bad news for him.
I’m writing this to counter-act some of the extreme Barack Obama sycophantic comments suggesting he is some sort of genius. Nothing could be further from the truth. There is no record of him being particularly talented at math, statistics, or any of the hard sciences. He served as the editor of the law review at Harvard, but didn’t bother to produce any articles of his own for it.