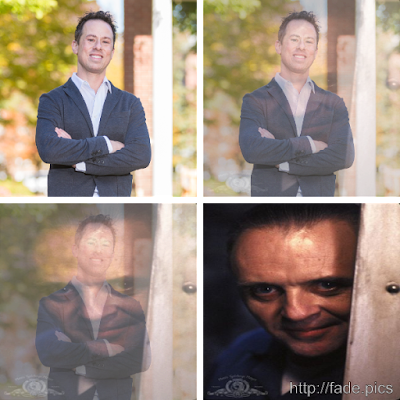 WILLIAMSTOWN, MA - Academics offended by the extremism of Chad M. Topaz, a woke Williams College math professor, have organized a petition in response to his campaign to silence Abigail Thompson, a white female math professor at UC Davis. You can read and sign the petition here. So far, the petition has been signed by over 725 people including the chairman of his own math department, Richard De Veaux and four winners of the prestigious Fields Medal including David Mumford and Terence Tao. Colin Adams has told The College Fix that signatories also include eight former presidents of the American Mathematical Society (AMS).

The petition is worth reading in full. Its authors appear to be most alarmed by the efforts of Chad Topaz made to get Thompson fired from her job because he disapproved of an article she wrote in the December issue of the Notices of the AMS. The petition reads as follows:


To the American Mathematical Society

We write with grave concerns about recent attempts to intimidate a voice within our mathematical community. Abigail Thompson published an opinion piece in the December issue of the Notices of the American Mathematical Society. She explained her support for efforts within our community to further diversity, and then described her concerns with the rigid rubrics used to evaluate diversity statements in the hiring processes of the University of California system.

The reaction to the article has been swift and vehement. An article posted at the site QSIDE urges faculty to direct their students not to attend and not to apply for jobs at the University of California-Davis, where Prof.Thompson is chair of the math department. It recommends contacting the university to question whether Prof. Thompson is fit to be chair. And it recommends refusing to do work for the Notices of the American Mathematical Society for allowing this piece to be published.

Regardless of where anyone stands on the issue of whether diversity statements are a fair or effective means to further diversity aims, we should agree that this attempt to silence opinions is damaging to the profession. This is a direct attempt to destroy Prof. Thompson’s career and to punish her department. It is an attempt to intimidate the AMS into publishing only articles that hew to a very specific point of view. If we allow ourselves to be intimidated into avoiding discussion of how best to achieve diversity, we undermine our attempts to achieve it.

We the undersigned urge the American Mathematical Society to stand by the principle that important issues should be openly discussed in a respectful manner, and to make a clear statement that bullying and intimidation have no place in our community.

What is most interesting to me about this statement is that it was written by liberal academics who are, for the most part, in favor of affirmative action. The issue, for them, is that Chad Topaz has taken on the role of enforcer of the most extreme policy expectations of critical race theory and identity politics. I was surprised to see who has signed the petitions complaining about Topaz.

As you may know, the Department of Mathematics and Statistics at Williams College was the 2014 top recipient of the AMS Award for an Exemplary Program or Achievement in a Mathematics Department. According to the American Mathematical Society the department was honored for “excellence in providing exceptional teaching and research experiences for its students, as well as those in the wider mathematical community.”

I was startled to see that one signatory might even be the disgraced Williams College trustee, Joey Horn. Check out the whole list below:

To understand the full viciousness of Chad M. Topaz's fatwa against Abigail Thompson, you have to read his Facebook post on the topic. It is much more raw and extreme than his later comments, especially one of the last posts I read at QSIDE where he deleted his call for getting her fired for her politically incorrect views. My observation is verified by a bright comment maker at Ephblog who noticed this retreat. He calls it the motte and bailey technique. I'm embedding a link to Chad Topaz's Facebook post and the text of that post after the break.

Finally, I should point out that Chad Topaz has retreated from social media. Initially, he was only blocking Twitter accounts. Later, he took his Twitter account completely off line. Now it is only visible to his approved followers. In reaction to negative publicity, he was quick to remove incriminating statements on his Facebook page. His virtually all of his Facebook posts were removed from public view by November 28, 2019. In inexplicably, Chad Topaz also disrupted links to his QSIDE website that were created by authors critical of his views. These redirects steered readers away from his posts at QSIDE to website of the Southern Poverty Law Center.

This is important and this post its public and shareable. PLEASE SHARE. Despite my better judgment, I am linking in the comments below to a piece in the AMS Notices by AMS VP Abigail Thompson of UC Davis, who writes to oppose the practice of asking for diversity statements in hiring, likening it to McCarthyism. [Edited to include #5 below.]

I don't know why Abigail Thompson would think this stuff, nor why the American Mathematical Society would publish it. The "personal opinion" disclaimer at the start does not help. There is no room in today's world for false equivalencies and both-sides-ism.

Here are some steps you can take in response.

1) I emailed the following to AMS Executive Directory Catherine Roberts (cnr@ams.org) and Notices Editor in Chief Erica Flapan (ELF04747@pomona.edu). You are welcome to use my text if you want to write to them.

I am truly dismayed by the AMS's decision to publish Abigail Thompson's piece in the December Notices. The "personal opinion" disclaimer at the start is no consolation. You have given a far-reaching platform to dangerous views that build a false equivalency between diversity and inclusion in hiring, on one hand, and on the other hand, McCarthyism. There's no room in today's world for a both-sides-ism approach whether it's in math or politics or any other venue.

I believe you have made a grave and very damaging mistake by publishing this piece.

2) I already have one piece that will soon appear in the Notices and it's too late to pull it, but I was asked to write another piece for a few months down the road and I have written them and told them that I will not do it. Please consider not doing any favors for the Notices until they fix this and explain their editorial decision.

3) Please spread the word about this travesty on social media and in your workplaces.

4) Please tweet at UC Davis, Thompson's institution, to provide some good 'ol public shame. If she is publicly opposed to diversity statements, and if UC Davis requires them, how can they trust her as department Chair?

As I get more ideas on my own and from y'all, I will update this post with ideas for responses. Please share widely.

I think you might have gotten the signatures mixed up or merged them. There were three letters, one that was anti-thompson, about 600+, another one written to ctitic I zr topaz's intolerance (about 785 dignatures), and another one with about 300 signatures agreeing with thompsom. These last two letters were signed by many very respected academics.