Imagine That: It's the Politics of Photoshop

I am always amazed at the people who manage to think up these sort of slogans. In a world of hyperactive communications, it seems to me that a pithy statement ends up carrying a lot more influence than one would normally expect. The photo below appears to be the result of a Photoshop exercise that turned a "Hands Up - Don't Shoot" display into something entirely different. (Notice the extra space between Don't and Loot as well as the lack of foreshortening in the P and T in pants.) 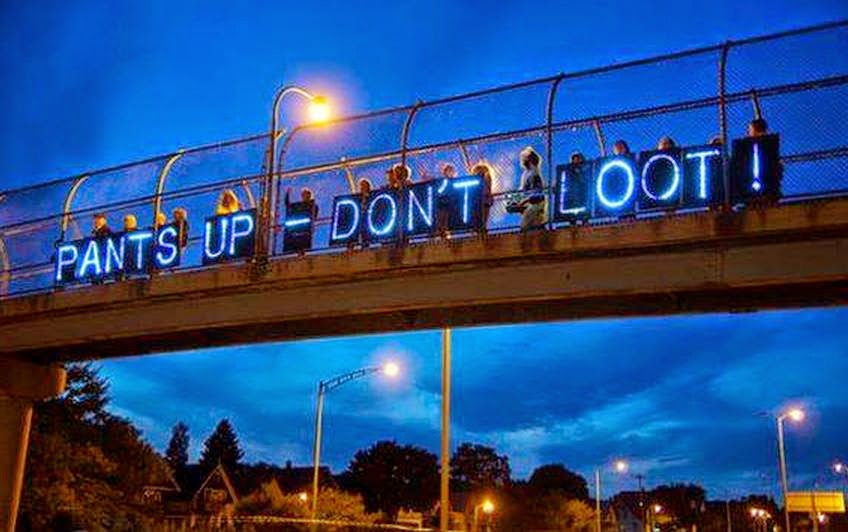 Nevertheless, I was inspired when I stumbled over this photo while reviewing my @augustine25 twitter account. This seems like a particularly important message given the news that forensic studies are confirming the version of events recounted by police officer Darren Wilson. Apparently, there was residue from gun powder on Michael Brown's hand, a result that verifies Wilson's story that Brown had tried to grab his gun from him.