I saw Mel Gibson's newest movie, Hacksaw Ridge, at a special showing at Biola University on October 26, 2016. The screening was part of an effort lead by Debora Galloway, Head of Grassroots Marketing, to introduce the film to evangelicals and to test their reaction to the movie's level of violence.

As you may already know, Hacksaw Ridge is the true story of WWII conscientious objector, Desmond Doss, a devout adherent of the Seventh Day Adventist Church who refuses meat, alcohol, work on Saturdays and carrying firearms. (He is played by Andrew Garfield.) Despite the hostile treatment Doss received from his fellow soldiers and superiors, he became a medic and saved 75 men over a matter of hours in Okinawa during the messiest battle of WWII.

Galloway seemed concerned that gory violence might turn off potential movie-goers who see violence in film as inconsistent with Christ's message. For me, I was more concerned with being exposed to the sort of torture scenes I have come to expect due to Mel Gibson's earlier work including Braveheart and The Passion of the Christ. My reaction to the torture scenes in these earlier films was so uncomfortable, that I would not care to see either film again. I remember that after watching two hours of The Passion of the Christ, I felt like I had been crucified. 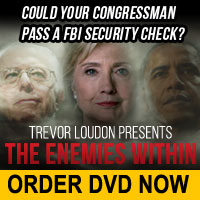 Maybe I am getting jaded, but I was unaffected by the violence in the movie. To squeamish movie-goers, I can report that I was completely unaffected by all the gore. I know that all these scenes of mutilated legs and arms are as phony as a Halloween haunted house. Consequently, I watch these scenes with a large does of psychological detachment, as if I was simply observing Hollywood stage craft.

I watched Ben Affleck shoot a series of bad guys in the head in The Accountant and I felt nothing for the actors who crumpled themselves down after supposedly getting shot. Sometimes, I found the depictions of violence in Hacksaw Ridge as positively comic. I laughed out loud as Doss dragged the wounded, Sergeant Howell, played by Vince Vaughn, to safety on a blanket while Sergeant Howell fires back at the Japanese attackers chasing them. To me, Vaughn looked like Santa Claus on the back of a sleigh shooting at a cabal of dangerous, misfit toys.

On a more serious note, I was pleased to see Hacksaw Ridge illustrate the manner in which religious people often show uncommon courage. As a political scientist, I am sensitive to the fact that such courage was necessary to beat the Japanese in WWII. Accordingly, I was proud to see Mel Gibson did not back off from creating a frank and realistic portrait of Imperial Japanese soldiers (and their commanders) in all their cruelty and stubborn, self-destructive resistance.

All in all, I think this film is worth supporting because it will be one of the few films out there that celebrates the heroic power of Christian faith. I do not think Christians should be put off by Hacksaw Ridge. It is rated R only because of its graphic depictions of war and casualties. The violence in this movie should not rattle anyone with the slightest exposure to Moses, King David or the Book of Revelation. Hacksaw Ridge will be in theaters nationwide starting November 4, 2016.