As I learned from E. E. Schattschneider's book, The Semisovereign People: A Realist's View of Democracy in America, an electoral realignment is the most powerful force in the world. As Trump demonstrated, a political realignment makes up for a lack of money, a lack of a ground game, and a lack of many other things too.

Unfortunately, the wisdom of this eminent political scientist is no where to be seen in the conventional explanations for Trump's outstanding victory. So far, the best approximation I ran across is an article by Whitney Blake at the Weekly Standard that uses the wisdom of hindsight to put the presidential election into a proper perspective. 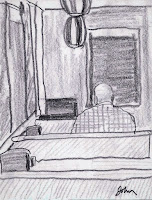 Her article, "12 Ways in Which Trump Upended Conventional Wisdom," neatly organizes the manner in which Trump reversed virtually all the surefire theories which predicted his failure. Prime examples include his lack of money or a robust enough ground game.

Reassuringly, old-fashioned political science outperformed the poll-based election models championed by Nate Silver at http://fivethirtyeight.com/. As Blake reports, the one piece of conventional wisdom which stands tall is the political science variable which asserts it is extremely difficult for an incumbent party to hold the White House for three consecutive terms. The last time this occurred in modern history is when Ronald Reagan handed off the Oval Office to George H. W. Bush.

In contrast to Blake's vision, I think it is simpler and more elegant to assert that the key to Trump's success was his ability to spark a political realignment. He did this, initially, by neatly reversing the Republican party's decision to embrace illegal immigrants and pursue a path toward legalization and potentially voting rights for them. At the time, Trump's anti-illegal immigrant stance was a bold and vivid contrast to the Republican establishment's preferred pro-illegal immigrant stance as articulated by both Jeb Bush and Marco Rubio. Trump's complete rejection of amnesty and willingness to face the ire of Latinos offended by his views represented a rebuke of the establishment which could only have been sustained only by a self-financed Republican primary candidate.

Trump's dramatic redefinition of the battle between Democrats and Republicans was locked in place by the Democrat party's corresponding embrace of white privilege ideology and the excesses of the Black Lives Matter movement. The result of these strategic decisions is that the white working class finally gave up on the Democrat party. Hillary's nearly constant drum beat of white privilege left the white working class with the stark choice of accepting a permanent subservient status or simply withdrawing all support for this nonsense. 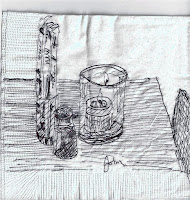 Ultimately, I think Hillary's embrace of white privilege ideology doomed her campaign. It turned a key portion of the Obama coalition into enemies of the Democrat party. This was a huge mistake. It was, in fact, an unsupportable thesis to assert that black dysfunction was the result of white working class bias. As I have said elsewhere, it never made sense to me to blame the problems of blacks on innocent whites:


According to the Bureau of Justice Statistics, blacks were charged with 62% of all robberies, 57% of murders and 45% of assaults in the 75 largest U.S. counties in 2009, though they made up roughly 15% of the population there. It strikes me as nothing less than ideological blindness to insist that such extraordinary violence is the unfortunate result of peaceful white folks living ordinary lives in our nation’s rural and suburban areas.

Moreover, it was inevitable that the Democrat's stress on identity politics was eventually going to lead to white identity politics - a brand of white nationalism - which suggested it was quite rational for whites to support aggressive action to preserve their majority status. Such action might include a 50 year moratorium on all immigration to the U.S. It might include revising immigration law to limit the number of non-white/non-Christians coming to the U.S. as a means of preserving white majority status and white cultural norms. It should not surprise anyone that there is nothing inevitable about demographic changes -- not if white nationalism takes hold.

In the end, however, I disagree with those who see the alienation of the white working class from the Democrat party as merely a quaint, fleeting nostalgia for an earlier version of America.

You cannot rest a political realignment on such a fragile idea. It makes more sense to me that the Democrats lost the white working class due to a visceral reaction against a political elite which deliberately minimized the significance of black on white crime, the assassination of police officers, the terrorist attacks launched by adherent Muslims or the unspeakable crimes of murderers and rapists who also happened to be illegal immigrants.