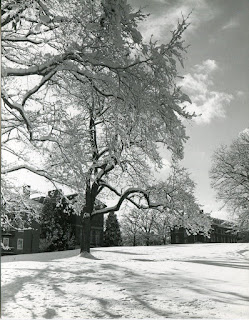 Someone on Quora recently asked me the following question: "How would one compare the quality of education received at Williams compared to that of one received at an Ivy League school such as Harvard or Princeton?" There were a number of interesting answers in addition to mine. Nevertheless, here's my take on the advantages and disadvantages of a Williams College education compared to a traditional Ivy League education.

Of course, I am an ex-political science professor who taught at Williams in the 1980s and who was a teaching assistant (TA) at Cornell. My sense is that Williams College provided a higher quality education in the sense that the courses I taught there were designed to make everything absolutely clear, creative, and easy to understand for the students. Compared to my TA experience, I did a much better job of teaching while I was at Williams College.

As I recall, I gave students examples of successful papers, provided clear directions, and picked the best possible reading materials. I was among the top teachers on campus according to the reports I received which compared my student ratings with those of the other professors. While I was at Williams College, I was at the top of my game. I completed my doctoral dissertation while I was there and won the William Anderson Award from the American Political Science Association.

That being said, I have to say that Harvard, for example, is much harder to get into than Williams College. Williams is in a God-forsaken, hostile, rural area. It is overwhelmingly cliquish and quite unfriendly to conservative or even Republican perspectives. It is the sort of place where a young Christian or conservative can quickly become socially isolated, even disdained by their fellow students. In my experience, the liberal/leftist students at Williams College seem to have a “you’re either for us or against us” attitude which leaves a lot of the students hating each other by the end of four years.

If you run afoul of the liberal establishment at Williams College you have almost no alternative social or intellectual outlets for yourself. At least at Harvard, where my niece graduated, you have a whole city around you and opportunities to get relief from ideological oppression by venturing off the campus into the larger community. This escape is not possible at Williams College and I think that undermines the quality of education you receive out there.

Of course, Cornell University is also in a God-forsaken, hostile, rural environment. Nevertheless, the college is large enough that there are a variety of students to hang out with. One of the students I worked with as a teaching assistant at Cornell was Ann Coulter. I don’t Ann Coulter would have been happy at Williams College.

So, I don’t know if that helps you much at all. I would say, without a doubt, that the teaching is better at Williams College. Nevertheless, this advantage may not make up - in an educational sense - for the restricted ideological and social life associated with the school.