LAGUNA NIGUEL, CA - If you would like to stay in touch, I have established a new blog called Williams Liberty. 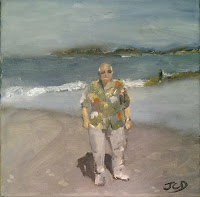 Williams Liberty has a different mission compared to Ephblog. Williams Liberty will be focused primarily on breaking news. It will be promoted through my existing Twitter accounts, accounts that have more followers than the college's Twitter accounts. Covering breaking news at our nation's top liberal arts college is a service which cannot be provided by the Williams Record and would not be allowed on the college's websites.

It will, of course, be conservative friendly and politically incorrect.

In particular, it will provide the conservative viewpoint which has been largely absent on campus since 1989. Its contributors will be immune from ideologically motivated abuse or boycotts.

Consistent with conservative sensibilities, it will be well-written, tightly edited and moderated. Its language will be professional and PG at worst. Williams Liberty will be open to guest contributors (anonymous or not).

Guest contributors will be restricted to existing or prior William's College faculty and students.

Comments will be welcome from all. It may reserve a few spots for student contributors who will be picked on a competitive basis at the beginning of the school year or who have done a good job as guest contributors.

If you would like to submit an article for publication at Williams Liberty, please contact me through the form available on the blogsite, or me at 949.338.5921.