Dr. Drew Inquires: Who Down Graded the USA's Credit Rating at S&P

The primary credit analyst who authored the downgrade report was Nikola G Swann, CFA, FRM, Toronto according to the cover page of the S&P report.  See, http://www.standardandpoors.com/home/en/us  Nevertheless, Swann is simply an observer carefully watching our U.S. train wreck under the Obama administration.  Swann is simply recording the disaster of the Obama administration much the same way that someone would track the Titanic heading toward an obvious, well-known iceberg. 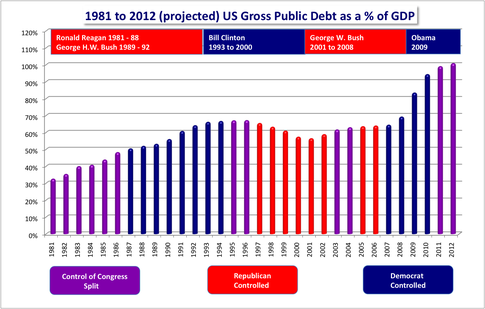 The decision to downgrade the U.S. for the first time in U.S. history was based on the failure of the U.S. to make reasonable progress in terms of the transparent and objective criteria originally outlined by S&P on June 30, 2011.  See, http://www.cotizalia.com/archivos/cz/201107059430062011.pdf  In their sovereign credit analysis, S&P indicates that they look at the following variables:


By all accounts, the key factor that changed dramatically over the last year was the political score which included an assessment of

These factors were chosen, in part, because the political score captures the factors listed above, in a manner which is uncorrelated with any particular political system.

Quite simply, the inability of the Obama administration to pull together a deal until the very last moment provided S&P with the evidence it needed to determine that we were relatively less likely - compared to our peer countries including Canada, France, Germany and the U.K. - to resolve this crisis in the face of mounting pressures.

As S&P states: "A new political consensus might (or might not) emerge after the 2012 elections, but we believe that by then, the government debt burden will likely be higher, the needed medium-term fiscal adjustment potentially greater, and the inflection point on the U.S. population's demographics and other age-related spending drivers closer at hand (see "Global Aging 2011: In The U.S., Going Gray Will Likely Cost Even More Green, Now," June 21, 2011)." (Research Update: United States of America Long-Term Rating Lowered To 'AA+' On Political Risks And Rising Debt Burden; Outlook Negative, pp. 3-4.)