I was pleased to read this new article regarding the radicalism of the professors who were part of young Obama's education at Occidental College in the early 1980s. Charles Johnson combed through the on-campus publications and isolated some great examples of the ideological extremism that was considered normal at the school during the 1980-1981 school year when my path crossed that of the young Obama. 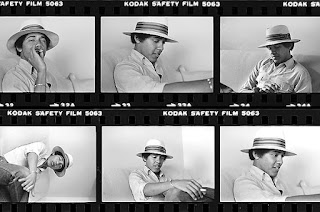 As the teaser notes, "Larry T. Caldwell, the president's foreign policy mentor at Occidental, argued the same policy of 'reconciling' with the USSR that the administration applies today with the Muslim Brotherhood."

One of the ironies in my life, of course, is that when I was a radical student at Occidental College, I considered most of these professors to be sell outs who were not extremist enough including Prof. Lare and Prof. Caldwell. As a political science professor at Williams College in MA, I taught in the political science department and I can verify that both Egan and Boesche were socialists at least during the early and mid-1980s when I knew them the best. By the way, I did speak at Occidental College last year regarding my take on young Obama.

All in all, I think my confrontation of young Obama's Marxist socialist views must have come as something of a shock, given the uniformity of revolutionary thought at Occidental College.