One of the most interesting aspects of the news, for me, is watching the Obama team dodge questions about Obama's past.  Just today, for example, Ed Henry of Fox News asked Obama spokesperson, Jay Carney, about Obama's college transcripts.  I was surprised at how quickly Carney dodged the question and simply referred the reporter to the Obama campaign. 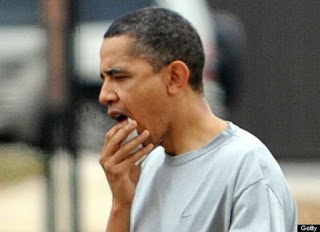 The truth of the matter is that there must be bad new in those transcripts or they would have been released a long time ago.  I met the young Obama while he was a sophomore at Occidental College and long before he became a genius in the eyes of so many simply by getting himself elected as president of the Harvard Law Review.

The young Obama I met was a person of average intellect for the Occidental College campus.  He seemed more like the sort of guy who was interested in parties than in serious academic issues.  He was, as I have indicated before, a Marxist socialist anticipating a Communist style revolution in the U.S.  He did not, however, show any signs of superior intellectual potential.

As I have said for a long time now, Obama's charisma depends, in part, on the perception that he is a genius.  As one of those who got to know how young Obama's mind worked, I can assure you that he was not, and never was a genius.

Could it be because Indonesian passport Holder Barry Sotero applied as a foreign student for a grant, financial assistance? His adapting papa was an insider, close to the Suharto regime, and by the act of marriage, with a mama living in indonesia, he could have obtained all the right documentations, precisely because his mama had her parents in Hawaii, and had reason to get travel documents for her children.