Dr. Drew on Why Pundits Over Estimate Impact of a $10,000 Bet Offer in the Context of Gingrich's Infidelity Issues 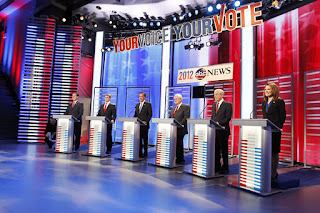 It looks like the pundits on ABC and elsewhere are stirred up about Romney’s idea of making a $10,000 bet, but missing the significance of Gingrich’s survival over the infidelity problem. As you may remember, the challenge of a $10,000 bet was Mitt Romney’s best idea for shutting down Gov. Perry’s attack on his commitment to an individual mandate.

The number did not shock me at all. I saw Bob Beckel make a $10,000 bet on the outcome of the 2012 presidential election with Eric Bolling on The Five just a few days ago. I think it is silly for the ABC pundits to think this is an issue. After all, a tinier bet would have been ridiculous and a much larger bet would have been clearly inappropriate.

To put this issue in context, I should add that Forbes reported that Diane Sawyer made $12 million in 2005. We do not hear the pundits at ABC bringing up that little bit of irony, do we?

I don’t think Bachmann did much to restore her front runner status in Iowa. I think she should have left Herman Cain in his political grave. Sad. Sad. Sad.

As a bit of nostalgia, I remember listening to Gingrich's GOPAC audio tapes too. I was a young political science professor at Williams College in MA in 1988 who was recruited to run for the state assembly to pin down a guy who might have been a strong Dukakis volunteer in Iowa. I remember listening to those GOPAC tapes. I guess that Rick Santorum brought them up because he is trying to make Newt Gingrich look too old to be president. Rick Santorum was once one of our most precocious citizen politicians rapidly rising from beating a Democrat congressman at age 32 to being a U.S. senator at age 36. Unfortunately, Santorum's defeat in PA was a big failure. Santorum lost, with 41% of the vote to Casey's 59% - the largest margin of defeat ever for an incumbent Republican Senator in Pennsylvania.

All in all, I think Gingrich won because he survived that intensive attack on his infidelity. By the end, I was feeling sorry for him even though he made a big mistake. Gingrich is going through a trial by fire and surviving as a stronger candidate according to the recent primary voter polls. Clearly, you do not become president by making yourself into the best candidate. It is much easier to make your opponents the worst candidates.

I expect that the voters will see this as, in part, fitting punishment for the seemingly repentant Gingrich and a necessary ritual for him to endure on his path to the White House and the overthrow of the Marxist socialist Obama regime.