I have been thinking that if Obama had a son, he would tell him to pretend to be born in Kenya too.

All in all, it is really strange to read the dysfunctional liberal group think in the mainstream media when it comes to the news that Obama's book agent promoted him by saying he was born in Kenya. It is unthinkable that this copy was not run by Obama for approval. That’s not how that book agent business works. 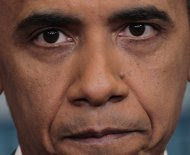 We know, as a matter of fact, that liberals like Elizabeth Warren lie about their ethnic status to get ahead in the world of academic affirmative action. It is not surprising that Obama did the same by touting his supposed Kenyan birthplace. This latest story is a great confirmation about a long-standing pattern in Obama’s life – lying about his past.

Obama is a serial liar. He hid his intense relationship with convicted felon Anthony Rezko until FBI surveillance revealed the full extent of this relationship. Obama does not have the integrity needed to succeed as president. Those who justify his lying about his Kenyan birth are defending a man who is not worthy of their time and attention.

Politics of personal destruction Wins few friends. I cannot dispute what you say.
There are more efficient ways to neuter progressives and liberals using a team approach. U interested?
Ed
@egbegb